The Controversy and Fixing the Situation

Today we received an inquiry from another state institution system confused about what dual certification means and how it affects the Halal certified food programs they want to implement.  This relatively new and evolving product type creates a wrinkle to institutions sincerely trying to provide proper, religiously supervised and produced, halal certified foods to their clientele. 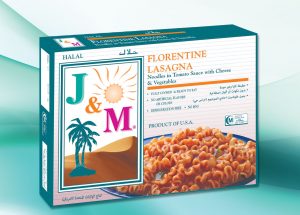 However, this created years during which we deflected the vocal criticism from the Jewish community, including both agencies and consumers.  Jewish consumers claimed they did not want to pay for the cost of Islamic certification fees which they thought must be included in our pricing of our meals.  Kosher food certification agencies charged that it just was not a good idea.

Fast forward to about six years ago

After decades of responding to Jewish concerns, the groundswell began shifting to Muslims starting to complain to institutions about serving them vegetarian, dual-certified, kosher and halal certified food.  Mistrust was caused from the known and pervasive practice of corrupt Islamic certifying agencies lending their halal food certification symbol for a fee to any kosher product without further investigation and on-site work.  We easily resolved such questions about our products, presenting the benefits from our experience of properly preparing, producing, marketing and supplying dual certified vegetarian meals, but now it was to Muslim, not Jewish, consumers.

Religiously certified meat such as beef, lamb or goat, can only be from animals physically slaughtered by one person, and that slaughter man is either a Jew or Muslim, but not both.  It is true that some Muslim consumers will personally accept kosher-slaughtered meat as a “halal-substitute”, but those purchasers buy kosher certified meat knowing that it is kosher and not halal. 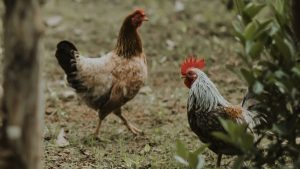 It is also true that some Islamic certified poultry is mechanically slaughtered under the supervision and prayers of a devout and trained Muslim, principally because the hand-slaughter poultry industry is not well-developed in the US.  In contrast, mechanical slaughter is prohibited for kosher birds which must only be slaughtered by hand and inspected by a trained Jewish slaughter man known as a shochet. 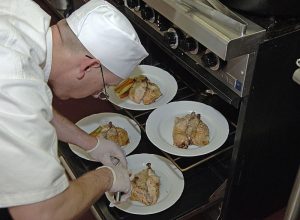 Recently and for a variety of reasons, some marketers are putting both a kosher and a halal certified symbol on their prepared meal products, usually marketed to Muslims.  This typically happens because an Islamic certifying agency “certifies” that kosher meat is halal because the Islamic certifier himself accepts kosher in place of halal slaughter, and is willing to put his halal “stamp of approval” symbol on the package.

Yet, since only one Muslim or one Jew can slaughter the animal, which one is it?  Is it a kosher certified meat product accepted by the halal agency?  Or is it a halal certified meat product accepted by the kosher agency?  The confusion is destined to create headaches for food service providers and institutions, and perhaps to the entire halal and kosher certifying industries.

Although doubtful, could the practice of dual certified meat and poultry perhaps eventually become acceptable to both Muslim and Jewish consumers and actually unify the two religions?  For now, it is likely best to serve separately certified meat meals to each consumer according to his or her respective religion.